Free Shipping on Orders Over £150 - Some Exclusions do Apply

Put the grill on maximum heat. Slice the pepper down each side so it forms 4 flat pieces. Put the […] 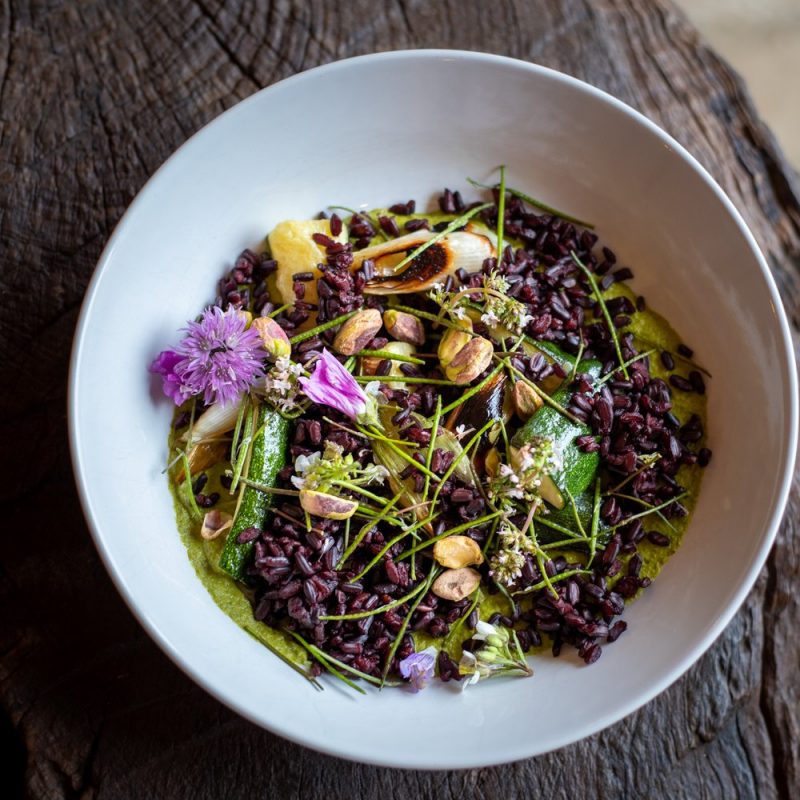 Put the grill on maximum heat.
Slice the pepper down each side so it forms 4 flat pieces.
Put the pepper pieces on a roasting tray and put under the grill until the skin on the pepper has charred. This makes the pepper pieces sweet and smokey, adding extra flavour.
Set aside to cool.
Once cool enough to handle, remove the skin from the pepper pieces.
Preheat the oven to 180 degrees C.
Put the apple pieces on a roasting tray, drizzle with oil and roast until you make the sauce.
Put a saucepan on a medium heat and add a splash of oil.
Add the onion, garlic, ginger and chilli and cook until softened (around 5 minutes).
Add the tomato, pepper pieces and hemp seeds to the sauce. Add a couple of splashes of water and cook for 10 minutes or until the tomatoes have cooked down.
Throw in the roasted apple pieces and cook for another couple of minutes, adding a splash of water if it’s beginning to look dry.
Season well with sea salt and black pepper.
Transfer the sauce to a blender, add the coriander, parsley and spinach and squeeze in the juice of 1.5 limes.
Season again with sea salt and black pepper and blend until completely smooth.
Check the flavour and add more lime juice, salt or pepper as required.

To serve, divide the sauce between 4 bowls and top with the desired toppings.

Pop whatever you fancy on top, this dish goes just as well with proteins as it does with plant-based toppings. Recipe by Eva Humphries at Whole Food Warrior.

We use cookies on our website to give you the most relevant experience by remembering your preferences and repeat visits. By clicking “Accept All”, you consent to the use of ALL the cookies. However, you may visit "Cookie Settings" to provide a controlled consent.
Cookie SettingsAccept All
Manage consent

This website uses cookies to improve your experience while you navigate through the website. Out of these, the cookies that are categorized as necessary are stored on your browser as they are essential for the working of basic functionalities of the website. We also use third-party cookies that help us analyze and understand how you use this website. These cookies will be stored in your browser only with your consent. You also have the option to opt-out of these cookies. But opting out of some of these cookies may affect your browsing experience.
Necessary Always Enabled
Necessary cookies are absolutely essential for the website to function properly. These cookies ensure basic functionalities and security features of the website, anonymously.
Functional
Functional cookies help to perform certain functionalities like sharing the content of the website on social media platforms, collect feedbacks, and other third-party features.
Performance
Performance cookies are used to understand and analyze the key performance indexes of the website which helps in delivering a better user experience for the visitors.
Analytics
Analytical cookies are used to understand how visitors interact with the website. These cookies help provide information on metrics the number of visitors, bounce rate, traffic source, etc.
Advertisement
Advertisement cookies are used to provide visitors with relevant ads and marketing campaigns. These cookies track visitors across websites and collect information to provide customized ads.
Others
Other uncategorized cookies are those that are being analyzed and have not been classified into a category as yet.
SAVE & ACCEPT
Powered by